It’s been just over 3 years since my 8 year son Henry was diagnosed with Celiac’s disease. His story started like so many other people with celiac – a myriad of seemingly unrelated symptoms, digestive woes, and fatigue that I just attributed to his sport, school and what I thought was age related. 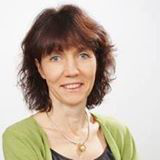 It is amazing though what something as simple as changing the food you eat can do. After consulting with our doctor, we cut gluten and dairy from Henry’s diet and saw the positive effects on his life, behaviour and body within a few week. He also had a blood test to confirm this.

Let me tell you it wasn’t easy and was one of the hardest things Ive had to go through besides child birth. It was hard trying to stop a 5 year old from eating all the regular foods which he has been used to eating from early on. This was made harder at events, school, parties and dining out.

It wasn’t only hard for Henry, but hard for the whole family who had to change the way we ate and had to make modifications to our diet to help support him. Henry’s old two brothers had it hard and our household was not always a pleasant place to be in at the start. There was constant debate on what food we could and couldn’t eat. However, my husband and I were adamant in pursing the changes for the benefit of our youngest and with time, our family is now fully supporting Charlie and for the most part his two older brothers.

Your Cart
There are no products in the cart!
Continue Shopping